Mother Arrested for Manslaughter In Death of Infant 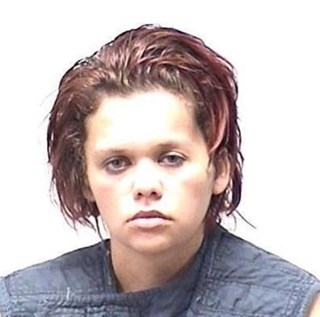 On May 28, 2017, at approximately 8:39 a.m., the Lakeland Police Department responded to 3215 Baird Avenue #N99, in reference to a death investigation of a two-month old female infant, Xzayla Harris. The mother, Brittany Harris, 24 years old, purchased a bottle of Captain Morgan alcohol and began drinking the night of May 27th.  Harris left for a strip club in Hudson, Florida and left Xzayla with a babysitter at the above address. Upon Harris’s return to the residence, Harris took custody of Xzayla and the babysitter left. A friend of Harris later checked on Harris and found her in bed with Xzayla tightly wrapped in a blanket and between the legs of Harris.  The friend immediately called for help and got Xzayla away from Harris. Lifesaving measures were started but ultimately, they were not successful.  Xzayla was pronounced deceased at 9:28 a.m. at Lakeland Regional Health.

Detective Justin Conatser stated, Harris admitted to being intoxicated and not having a plan to have anyone care for Xzayla after the babysitter left. Harris’ course of conduct on the dates of May 27, 2017 leading into May 28th, 2017 was so reckless that it constituted disregard or indifference to the life and safety of the Xzayla. Harris’ toxicology and ethyl alcohol reports show that she had methamphetamine, cocaine, and alcohol in her system hours after the death of Xzayla. Harris took no part in trying to save the infant while others did.

The autopsy cause of death was that Xzayla died as a result of suffocation.

Detective Justin Conatser completed a warrant for Aggravated Manslaughter of a Child. Harris had fled to Michigan in August where she was staying in a homeless shelter. On November 27, Harris was arrested by the Grand Traverse County sheriff’s deputies without incident and held as a fugitive from justice without bond. At some point, Harris will be extradited back to Florida.