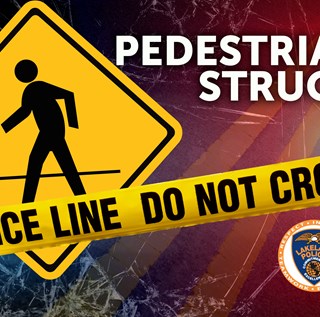 On October 20, 2017 at approximately 2:55 a.m., the Lakeland Police Department responded to 2000 US 92 East in reference to an unconscious male in the roadway, possibly in cardiac arrest. Upon arrival, officers determined the male had been struck by a vehicle while he was walking along the roadway. The pedestrian, Brandon Mills, age 24, was declared deceased by Polk County Fire Rescue at the scene at 3:02 a.m.

Based on vehicle parts found in the roadway the suspect vehicle is possibly a Mitsubishi Outlander as shown in the below pictures. No witnesses have been identified at this time.

The Lakeland Police Department is asking for any witnesses to the crash and/or anyone who knows of a vehicle, matching a Mitsubishi Outlander with fresh front end damage, especially to the grill, to call Officer Tyler Anderson at 863-834-2553. The roadway was shutdown for approximately 3 ½ hours during the investigation.