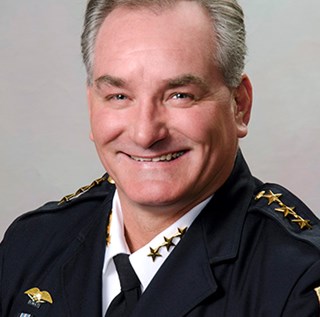 LAKELAND, FL (January 7, 2019) - The City of Lakeland received the official retirement notice from Police Chief Larry Giddens effective February 1, 2019 (see attached).  Giddens has served on the Lakeland Police Department for 34 years, advancing within the organization. He was named Interim Police Chief February 2014 and served at that role for one year before being officially named Police Chief March 2015.