Detectives Looking for Suspect in Homicide 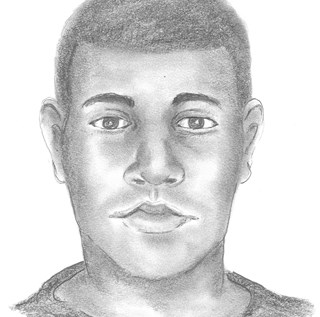 Pictured is a composite sketch of the suspect wanted in connection with the shooting that killed a 19-year-old man on Monday afternoon. The suspect sought is described as a black male, 18 - 25 years of age, with a medium build. He was wearing a dark-colored hooded sweatshirt.

At this time, detectives are asking anyone with information related to this case to call Detective Tammy Hathcock at 863-834-6975 or email tammy.hathcock@lakelandgov.net

To remain anonymous and possibly be eligible for a reward, contact Heartland Crime Stoppers Florida. You can call 1-800-226 TIPS (8477), visit the website www.heartlandcrimestoppers.com and click on "Submit A Tip," or download the free "P3tips" app on your smartphone or tablet.

HOMICIDE INVESTIGATION
On Monday, October 21, 2019, at approximately 3:55 p.m., officers were dispatched to Cambridge Cove Apartments, located at 1700 Cambridge Cove Pass, in reference to a shooting. Once on scene, they found a 19-year-old male in the parking lot that had been shot, with critical injuries. Lakeland Fire Department and Polk Fire Rescue arrived on the scene and began providing medical support. At 4:13 p.m., the victim was declared deceased by on-scene medical personnel.

According to witnesses, the victim, who was from out of town, was meeting someone in the parking lot of the apartment complex. Detectives believe that the victim knew his assailant; however, no suspect has been confirmed at this time.