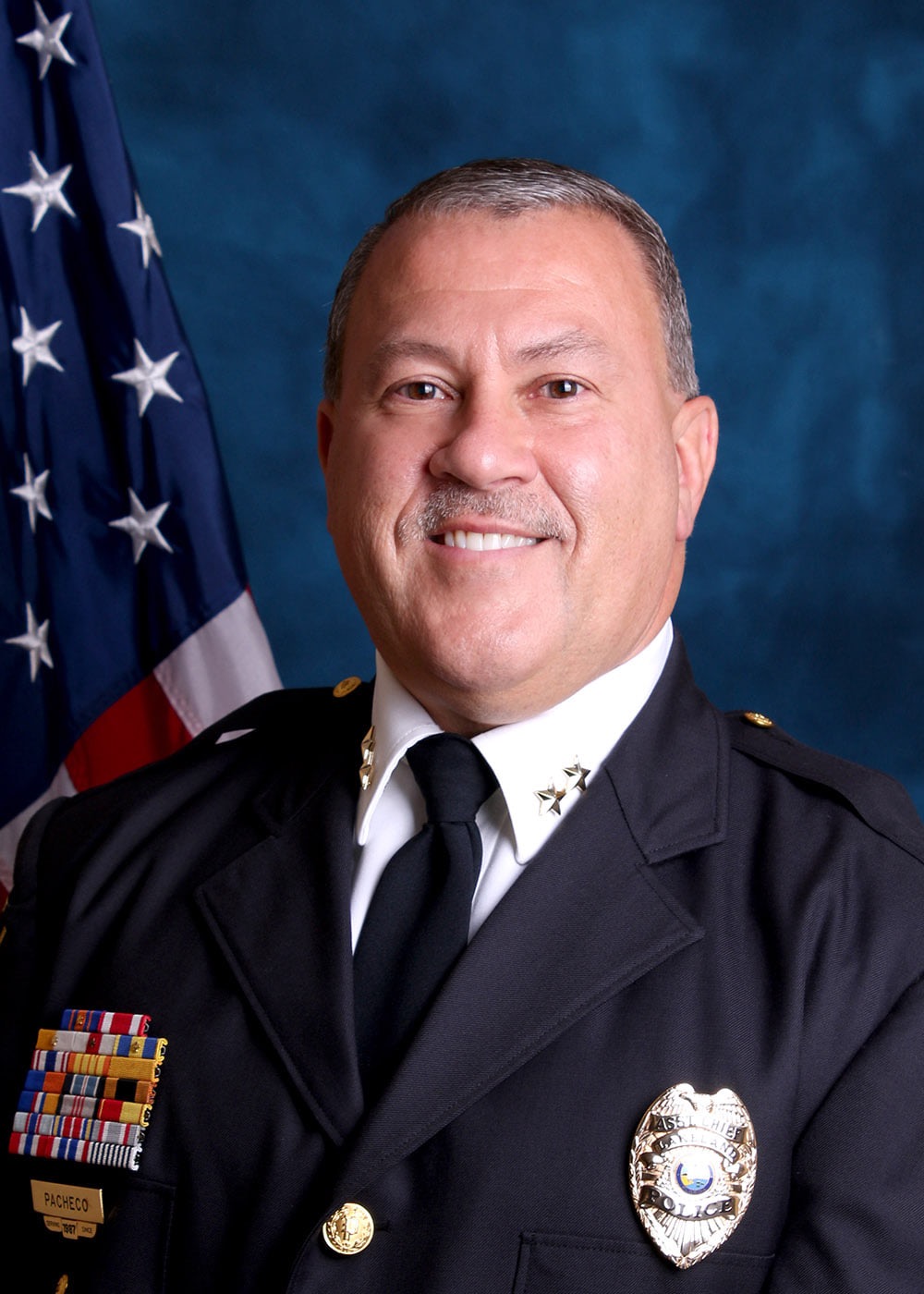 Assistant Chief Steven Pacheco began his law enforcement career with the Polk County Sheriff's Office in 1985 as a Corrections Officer and after two years, he was hired on June 1, 1987 with the Lakeland Police Department. During the last thirty-four years with LPD, he has served as an officer in the Uniform Patrol Division and the Special Tactical Alert Team. He later transferred to the Special Investigations Section where he served as a narcotics detective, intelligence detective and sworn Federal Task Force Agent with the Drug Enforcement Administration in Tampa, Florida.

Following a four-year assignment in the Office of Professional Standards, he was promoted to the rank of Captain in 2018 and was assigned as the Commanding Officer of the Special Operations Division which incorporated the Narcotics Unit, Traffic Unit, Motor Unit, K-9 Unit, School Resource Unit, Victim Assistance Unit and the Community Services Unit.

During this time, realizing this division was too large, Chief Garcia instructed the staff to divide the Special Operations Division. As a result, in 2019 the Community Services Division was created and Assistant Chief Pacheco was assigned as the Commanding Officer, supervising the School Resource Unit, Community Services, Victim Services and the newly added Lakeland Police Athletic League.

In addition to the many assignments held by Assistant Chief Pacheco during his 34 year career, he has also pursued his personal passion of teaching department members about their First Responder Mental Health & Wellness. This course is offered to every newly hired police officer and Public Safety Aide and their families. Not only has this opportunity been very rewarding personally, but it has also encouraged department members and their families to better utilize the agencies psychological assistance when needed.

Lastly, Assistant Chief Pacheco has expressed that one of the most rewarding opportunities he has been entrusted to lead are two (2) of the agency’s 501(c)(3) corporations, the Lakeland Police Foundation and the Police Athletic League of Lakeland.