Lakeland Police Department K9 unit began 33 years ago when Police Chief Lawrence Crow supported Sergeant Ron Bowling, Sr.’s vision to begin the first canine program in Polk County. Ron solicited help from Sergeant Fred Wheeler of the Hillsborough County Sheriff’s Office and went through 400 hours of training with K9 Sarge. Ron did all of this in his spare time.

On May 2, 1980, Sergeant Ron Bowling, Sr. from the Lakeland Police Department became the first certified Police Dog handler in Polk County. The first dog was named Sarge. K-9 Sarge went on to set all kinds of records within the United States Police Canine Association; to name a few, Ron and Sarge won the Regional trials for all of Florida and Georgia, for four years in a row.

This dynamic duo proved to be so successful that Chief Crow doubled the unit in 1981. A second dog team joined the K-9 unit; Officer Bill Carew and K-9 Bear. In 1982 the department added two more dogs; Toma and Champ. This was the Department’s first four man K-9 team. That same year, Ron was the recipient of the “Jim Moon Memorial Award,” which was named for a Jacksonville Police Officer killed in the line of duty.

In 1983, Ron envisioned a location where handlers could gather to train and exchange training techniques. With the blessing of Chief Crow, Ron solicited help from the community college to build a Canine Training Center, which is still located at the LPD training center. Since 1983, hundreds of K-9 teams from around the nation have passed through the gates of our Training Center.

On November 4, 1985, a week before his scheduled retirement, K-9 Sarge was shot in the neck and shoulder by an armed robber during a K-9 track. Even though severely wounded, Sarge tried to recover and pursue the suspect until Ron restrained him and took him for medical help. The robbers were arrested and Sarge recovered from his injuries and retired.

The LPD K-9 Unit has a rich history of pride, loyalty, and commitment. The Unit has received numerous awards for work performed on the street and in competitions. The first unit was formed in the 1980's and consisted of four members. Today, the K-9 Unit operates with eight handlers and canines.

Every handler has a working dog that is both Patrol and Narcotics certified through FDLE and the United States Police Canine Association (USPCA).

Every year, officers and their canine partners travel to the Region 1 USPCA Canine Trials for competition and certification. The K-9 Unit has repeatedly won the four-man team overall competition in the Regional and National level. The handlers spend countless hours on and off-duty to ensure that the Canine Unit continues with the excellent tradition of being a premier K-9 Unit.

The patrol vehicles are specially fitted for K-9 use as the backseat area is a platform with an area big enough for a K-9 to move around. The vehicle is also equipped with temperature sensors that create alarms to notify the handler if the vehicle temperature reaches an unsafe point for the K-9.

For any further questions, you can contact K-9 Supervisor Captain Sam Taylor. 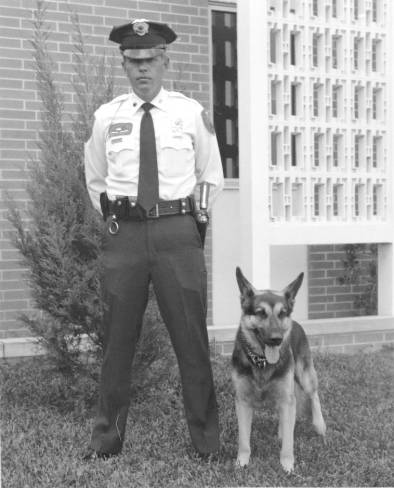 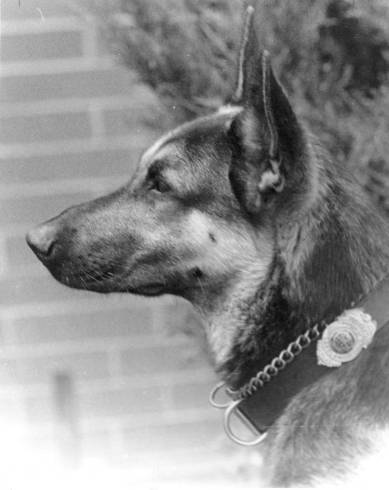 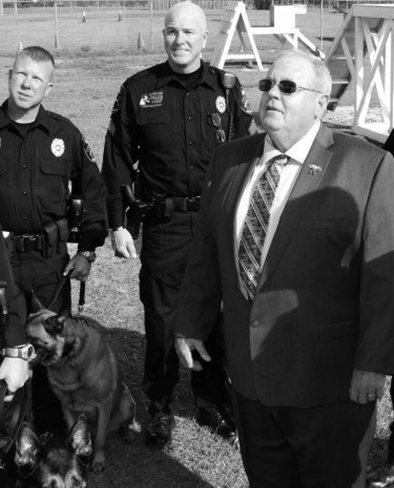 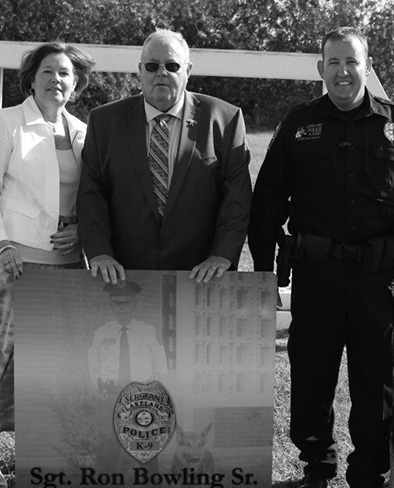