Those attending the music series are invited to bring a can of tuna *or another non-perishable food item to benefit Volunteers in Service to the Elderly (VISTE). The eclectic Canned Tuna series includes all genres of music: folk, rock, funk, and even some southern twang. 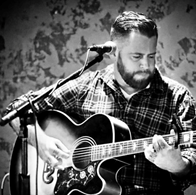 About the Artist: Dan Signor Project

The Dan Signor Project sets the musical bar very high, and he will bring his jazzy, funky, folk-like approach to Munn Park for the Canned Tuna music series inaugural show. He promises to deliver the perfect performance to start the series, with soulful vocals accompanied by his vibrant piano style. Whether he and his musical guest showcase their collective works or perform a brilliantly arranged cover song, the Dan Signor Project always leaves the crowd wanting more. Signor said, “I’m excited to play in the center downtown Lakeland. It is going to be a fun night, and I’ll be the one of the first to bring a can of tuna to benefit VISTE as we kick-off the series!”