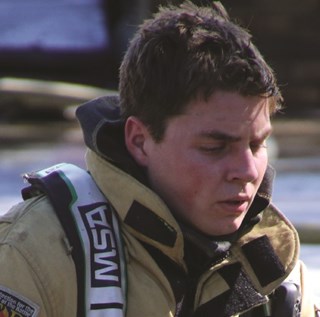 The Lakeland Fire Department (LFD) will be hosting mental health and wellness Peer Support training for firefighters on Monday, January 14 and Tuesday, January 15, 2019 at Fire Station 7.

Depression, increased rates of suicide, and other symptoms of mental health trauma, including Post Traumatic Stress Disorder (PTSD), are leading health issues for firefighters in today’s fire service. Due to firefighters’ repeated exposure to traumatic events, combined with the stress of working as first responders, is leading to increased rates of suicides among firefighters compared to the average population in the United States. The Lakeland Fire Department wants to ensure its firefighters, along with others in the region, have access to the resources and expertise needed to prevent a first responder from ever having to suffer through mental health issues on their own.

In early 2018, the department joined the Florida Firefighters Safety & Health Collaborative to enhance and maintain an effective safety program. Through its involvement with the Safety and Health Collaborative, LFD became aware of and adopted the Peer Support model. The program recognizes that firefighters tend to trust fellow firefighters far more because of their shared experiences. The program trains trusted firefighter/peers to provide counseling and comfort while connecting the effected firefighter with the potentially life-saving help they may need.

The training hopes to provide a path to mental and emotional well-being for the department’s firefighters, who are shedding the stigma of mental illness and recognizing that it is just as much a health concern as cancer and heart failure, which are also leading health issues in the fire service. Cancer and heart health are also being addressed by LFD with other programs as part of its health and safety initiatives.

Lakeland firefighters that will receive the training were selected by their peers through an anonymous survey. Neighboring departments, which include Polk County Fire Rescue, Winter Haven Fire Department, and Plant City Fire Department were invited so they could learn about the Peer Support model. LFD has hired the Illinois Firefighter Peer Support non-profit organization to provide the training, as they have one of the most robust programs in the nation.

The department’s health and safety programs are being spearheaded by Assistant Chief Rick Hartzog who shares “PTSD and its subsequent effects are very real in the fire service.  Peer Support is an excellent way for firefighters to help their fellow firefighters take the first steps toward mental health recovery, if the need ever arises. We are fully committed to the physical and mental well-being of our firefighters who sacrifice so much of themselves to help others. We believe this training, along with the rest of our health and safety initiatives, will provide an additional layer of protection for our people.”