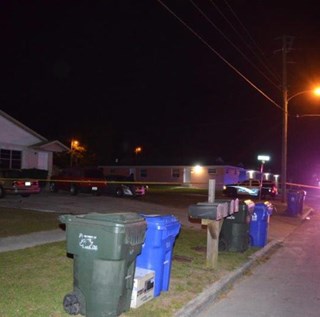 CONTACT: Gary B. Gross
Media Relations | Lakeland Police Department
219 N. Massachusetts Ave. Lakeland, FL 33801
863/834-6949 (PH) | www.lakelandgov.net/lpd
Twitter @lakelandpd
LAKELAND, FL (March 12, 2019) -  On March 11, 2019, at 8:27 p.m., the Lakeland Police Department responded to 1105 Jewel Avenue in reference to a report of shots fired. Officers were informed that a person has been shot and taken by a family member to Lakeland Regional Health where he later died at 8:48 p.m.
Investigators were later able to determine that the victim, Jabray R. Chisolm, 21 years old was at the location, which is not his residence, to drop off his three-year-old son to the child’s mother whom he shares custody with. Chisolm became involved in a confrontation, which initially was verbal and then became physical, with several other identified black males who were at the scene. At some point during the physical altercation, Chisolm was shot.
Detectives are currently in the process of interviewing witnesses who were at the scene and following any available leads. This an ongoing investigation and additional information will be released as it becomes available.
If anyone has additional information, please contact Detective Russ Hurley at russ.hurley@Lakelandgov.net or 863.834.8973.
swanSTATS
takeACTION
recordREQUESTS
openGOV
watchLIVE | onDEMAND
eTRAKiT
getCONNECTED
maps | geoDATA