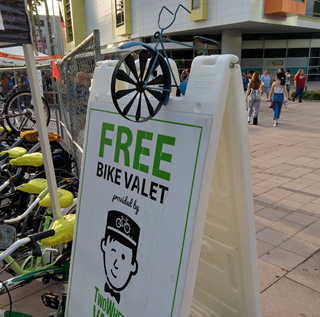 LAKELAND, FL (October 8, 2019) | The MidFlorida Auto Show & Lake Mirror Concours is a three-day festival weekend. This event is celebrating its 20th year, attracting hundreds of show vehicles that are displayed around Lake Mirror and historic downtown Lakeland. In addition to attracting over 35,000 spectators, the MidFlorida Auto Show & Lake Mirror Concours draws top car collectors from the southeast and serves as a support event to the prestigious Amelia Island Concours d’ Elegance.

The City of Lakeland is sponsoring a free bike valet for our two-wheeled enthusiasts for the Saturday Auto Show. Cyclists are encouraged to ride their bicycles to the show on Saturday, October 19th. Two Wheel Valet will operate from 9 a.m. – 5 p.m. in Munn Park and it will be free of charge to bicyclists. Riders get a front row seat to the MidFlorida Auto Show and can securely place their bikes in the Two Wheel Valet bike station. Visit TwoWheelValet.com to learn more about bike valet. 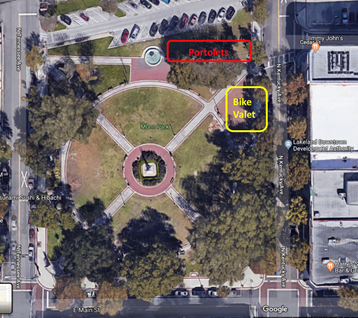 The MidFlorida Auto Show starts with the Hot Rod Rendezvous on Friday, October 18th from 6 p.m. – 10 p.m. with hot rods, new cars and live music at the Lake Mirror Amphitheater. On Saturday, there are cars, cars and more cars spanning from the 1920’s to 2020’s with something of interest for everyone including classic wooden boats floating in Lake Mirror. The show officially starts at 10 a.m. and ends with awards at 3 p.m. Please visit MidFloridaAutoShow.com for details on the weekend’s events that conclude the Road Rally on Sunday, October 20th.