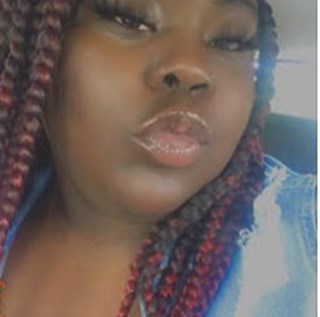 Human Remains Confirmed to Be Those of Missing Lakeland Woman

On July 7, 2020, Adderly's vehicle was located abandoned in southeast Lakeland. Evidence from her vehicle recovery led investigators to identify a person of interest in Adderly's disappearance. That person, Cristian Darrach, age 21, was located on July 10, 2020, and interviewed. The investigation, at that time, developed enough probable cause to arrest Darrach for grand theft and burglary of Adderly's vehicle, as well as additional charges of tampering with evidence and violation of probation. Darrach remains in the Polk County Jail on these charges at this time. He also remains a primary person of interest in Adderly's disappearance and now her death.

Adderly's body was located, concealed within heavy vegetation near the 2000 block of West Bella Vista Street, by a team of canine handlers that were conducting training exercises in the early hours of July 29, 2020. An autopsy of Adderly's remains was conducted by the Medical Examiner's Office on Thursday, July 30, 2020, and concluded that her death was a result of a homicide.

Investigators continue to work leads in this investigation, as has been done since she was reported missing by her family. Since the beginning of this investigation, detectives have obtained 18 search warrants and reviewed approximately 250 hours of video surveillance piecing together Adderly's movements up until her disappearance.

This remains an open and active investigation. No other details will be released at this time to protect the integrity of the investigation. Anyone with information related to the case is encouraged to contact Detective Cory Lawson at 863.834.8975, 863.559.5137, or cory.lawson@lakelandgov.net. To remain anonymous, contact Heartland Crime Stoppers by calling 1-800-226 TIPS (8477), visit www.heartlandcrimestoppers.com and click on "Submit A Tip," or download the free "P3tips" app on a smartphone or tablet.