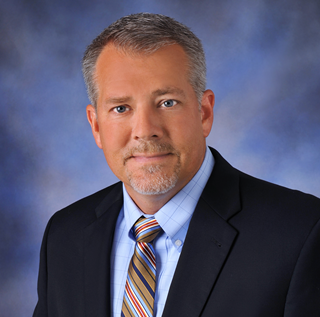 The search firm GovHR was hired to assist in the City Manager search. Heidi Voorhees, President of GovHR, stated, “The City Manager search originally yielded 126 resumes from 28 states, including 59 applicants from Florida. Through the credential review, interviews and research, the list was narrowed to the top 16.  The Lakeland City Commission ultimately reduced the list to the top three that were invited to participate in the final stages of the hiring process.”

The three finalists started a round of in-person interviews with staff on Monday, October 19th and then met with community stakeholders during an evening meet and greet function at Lake Crago Outdoor Recreational Complex.  This morning the three finalists each met with the Lakeland City Commission before the deliberation process and the final vote.

Mayor Bill Mutz said, “I want to start by thanking our finalists who all had great attributes. The selection of Shawn Sherrouse to serve as Lakeland’s next City Manager is the culmination of decades of commitment to attain this role.  Shawn has the broad support of the City staff and community leaders.  He has the respect of governmental entities across Central Florida for his engaged regional problem-solving and project support.  The City Commission is eager to witness the next exciting chapter of Lakeland’s growth with Shawn at the helm!”

Sherrouse said, “I am honored and humbled to be selected by the City Commission to serve as City Manager for the City of Lakeland.  The Commission’s encouragement and support to provide experiential training opportunities is both valued and appreciated.  Lakeland has a bright future ahead and I’m excited to work alongside the City Commission, City staff and the community to ensure success.”

Sherrouse has been part of the Lakeland City Management team since September 12, 2016. He was the Assistant City Manager for the City of Auburndale for four years and also served as their Community Development Director for six years. Prior to working for the City of Auburndale, Sherrouse was a Residential Appraisal Supervisor and East Polk County Branch Office Manager for the Polk County Property Appraiser’s Office for over 11 years. He served in the United States Marine Corps and deployed to Iraq, Kuwait and Saudi Arabia during Operations Desert Shield and Desert Storm.

He has a degree in Public Administration from Polk State College, a B.A. in Management from Warner University, and a Masters of Public Administration from the University of South Florida. He is also a Florida Certified Labor Relations Professional. Sherrouse is a native of Lakeland and is a graduate of Leadership Polk Class IV and Leadership Lakeland Class XXXVII. He is also a member of the International City/County Management Association (ICMA) and the Florida City/County Management Association (FCCMA), of which he has served as the District VIII Director. In 2013, he was awarded the FCCMA B. Harold Farmer Scholarship and has served as President and Chapter Mentor of the ICMA Student Chapter at the University of South Florida, a student organization he co-founded.