Suspect Arrested In Death of Child 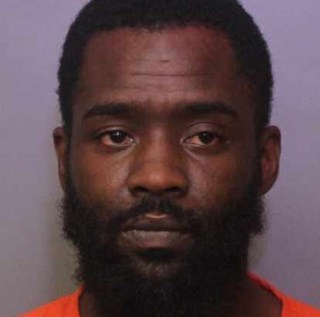 LAKELAND, FL (April 10, 2021) - On Friday, April 9, 2021, at approximately 12:45 a.m., officers from the Lakeland Police Department responded to an apartment at 1475 Woodlake Drive in reference to an unresponsive child. The child, a 2-year-old male, was transported to Lakeland Regional Health, where he was pronounced deceased a short time later.
During the investigation, the child was observed to have multiple visible injuries on various parts of his body. It was determined that the child was in the care of his mother’s boyfriend, Alegray Jones, 30 years of age, at the time the injuries were sustained. An autopsy was performed on the child later in the day; his death ruled a homicide by multiple blunt force trauma injuries.
Jones was interviewed by LPD detectives after the autopsy and admitted to becoming aggravated at the child after he had urinated on the couch. Jones further told investigators that he had struck the child on multiple areas of his body, causing him to go unconscious. After realizing that the child was indeed experiencing medical issues, Jones did not make attempts to obtain help; instead, he sent a text message to the child’s mother while she was at work. Upon receiving the text message, the mother called Jones, who told her that the child was not responding to his efforts in waking him. The mother immediately left work and returned home. It was at this point that 911 was called to get help for the child.
Based on Jones’ statements, he was placed under arrest for Aggravated Manslaughter Of A Child (F1) and transported to Polk County Jail. Jones’ criminal history includes multiple arrests for narcotics possession and driving on a suspended license.
This investigation is ongoing, and detectives are continuing to work closely with the State Attorney’s Office. No other details will be released at this time to protect the integrity of the investigation.
Anyone with information related to the case should contact Detective Tammy Hathcock at 863.834.6975 or tammy.hathcock@lakelandgov.net. To remain anonymous, contact Heartland Crime Stoppers Florida - call 1-800-226 TIPS (8477), dial **TIPS from your cell phone, visit the website www.heartlandcrimestoppers.com and click on "Submit A Tip," or download the free "P3tips" app on your smartphone or tablet.
The name of victim is being withheld in accordance with Marsy’s Law.
swanSTATS
takeACTION
recordREQUESTS
openGOV
watchLIVE | onDEMAND
eTRAKiT
getCONNECTED
maps | geoDATA