City Commission Meets the First & Third Monday of the Month 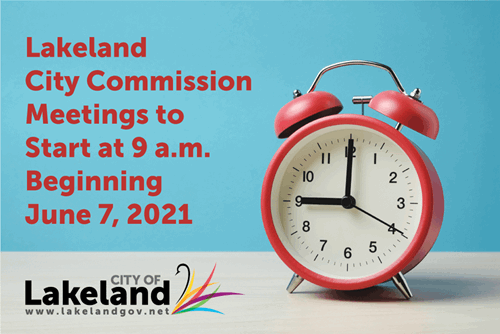 Interim Commissioner Don Selvage said, "I know the purpose of going to a 3 p.m. meeting was to make it more accessible to the general public but I have not seen a demonstrable increase in participation by having it in the afternoon." Selvage said being back on the dais for four months during the COVID-19 pandemic may have influenced his view but he believes the virus has brought about other changes.

Lakeland commission meetings can be watched online via live streaming on the City's website at lakelandgov.net as well as broadcast on cable networks Spectrum Channel 643 and FiOS Channel 43. Selvage said part of his reason to initiate the change was because residents often voice their opinions to officials and advocate for issues through social media, or more directly via emails and phone calls rather than at the live meetings.