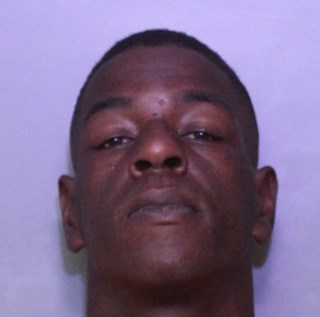 LAKELAND, FL (February 14, 2021) - On Saturday, February 13, 2021, at approximately 10:23 p.m., a Lakeland Police Officer was conducting a traffic stop in the parking lot of the 7-11 at 851 South Florida Avenue when a citizen notified him that a clerk was in distress inside the store. Upon entering the store Officer Purdy found a store clerk pointing to the counter area where he saw a male suspect, armed with a knife, holding another clerk on the ground. Officer Purdy immediately ordered the suspect to drop his weapon, and the suspect was taken into custody.

Evidence gathered showed that the suspect battered the store clerk and stole money and cigarettes during the robbery.

Detectives arrested 42-year-old Antonio Welch and transported him to the Polk County Jail. Welch is charged with Robbery with a Weapon (F1), Aggravated Battery (F2), False Imprisonment (F3), and Possession of Cocaine (F3).

This remains an open and active investigation.