LAKELAND, FL (September 23, 2021) | The Polk County Division of Roads & Drainage will start a project on Wednesday, September 29th that will close Ariana Street between South Grady Avenue and Faye Avenue for approximately 45 days to allow construction of a 200’ retaining wall on the north side of Ariana Street.  The project will also include the installation of storm drainage in the roadway with a manhole.  City of Lakeland Traffic Operations will monitor the signalized intersection at Harden/Sikes Boulevard at Ariana Street along with the intersection at Sikes Boulevard and Central Avenue and make temporary signal timing changes during the construction if necessary. According to the Polk County Division of Roads & Drainage, traffic will detour along S. Westgate Avenue or Southern Avenue depending on the direction of travel (see attached detour map). Detours are short and access to residences will be maintained.  All inquiries should be directed to Bill Skelton, Project Management Liaison, Roads & Drainage Division at 863/535-2200. 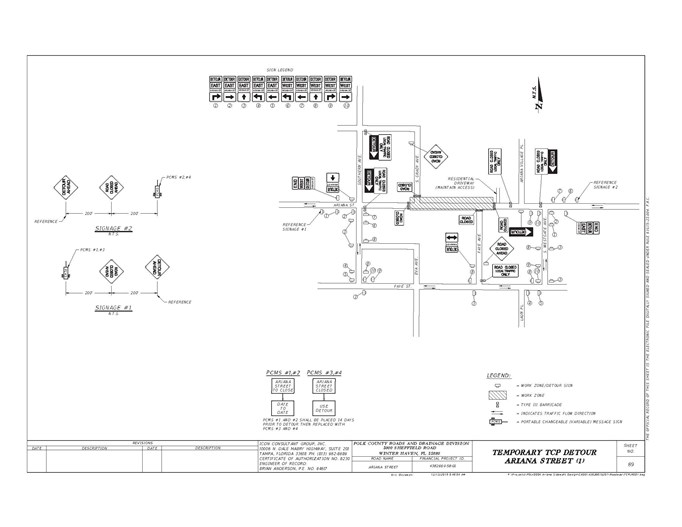 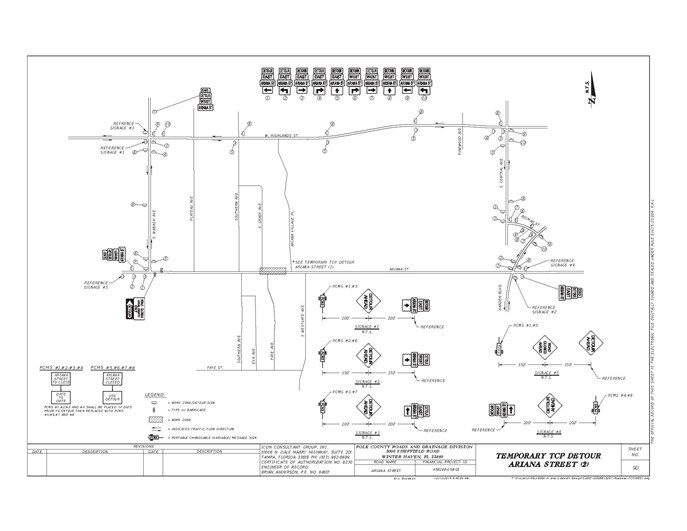