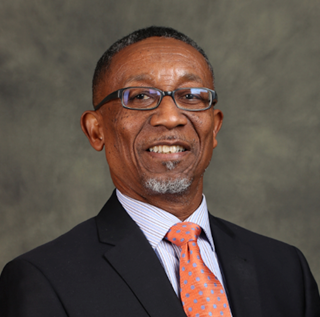 Lakeland official recognized for advocacy efforts during the 2020 legislative session

LAKELAND, FL (June 16, 2020) | The Florida League of Cities recently recognized Commissioner Phillip Walker with a 2020 Home Rule Hero Award, and he was presented the award at the June 15th City Commission Meeting. Walker earned this prestigious award for his tireless efforts throughout the legislative session to promote local voices making local choices, protect the Home Rule powers of Florida’s municipalities and advance the League’s legislative agenda.  Home Rule is the ability of a city to address local problems with local solutions with minimal state interference. Home Rule Hero Award recipients are local government officials, both elected and nonelected, who consistently responded to the League’s request to reach out to members of the legislature and help give a local perspective on an issue.

Walker said, “I am honored to be recognized by the Florida League of Cities as a Hometown Hero. It is very important for local governments to advocate for their community at the state level.” “The dedication and effort of these local officials during the 2020 legislative session was inspirational and should serve as a model for municipal officials statewide,” said FLC Legislative Director Scott Dudley. “These are some of our biggest advocates for municipal issues, and they’re shining examples of local advocacy in action. On behalf of the League and its legislative team, we’re proud to recognize each of them, and we thank them for their service.”

Walker represents the Northwest District of Lakeland. He is a true hometown hero graduating from Kathleen High School and has a Master's Degree in Criminal Justice from Rollins College. Prior to his retirement as owner and agency principal of a Lakeland Allstate Insurance agency for over 26 years, Walker was a Lakeland Police Officer. He presently serves on the Advisory Board for the Salvation Army, the Board of Directors for Chapters Health System, Christ Community Christian Center Church, the Board of Trustees for McKeel Schools of Technology and is a member of other organizations. He is also Founder and Board Member of the Lakeland/Polk County Chapter of Alpha Phi Alpha Fraternity, Inc. In 2015, he was inducted into the Kathleen High School Hall of Fame.