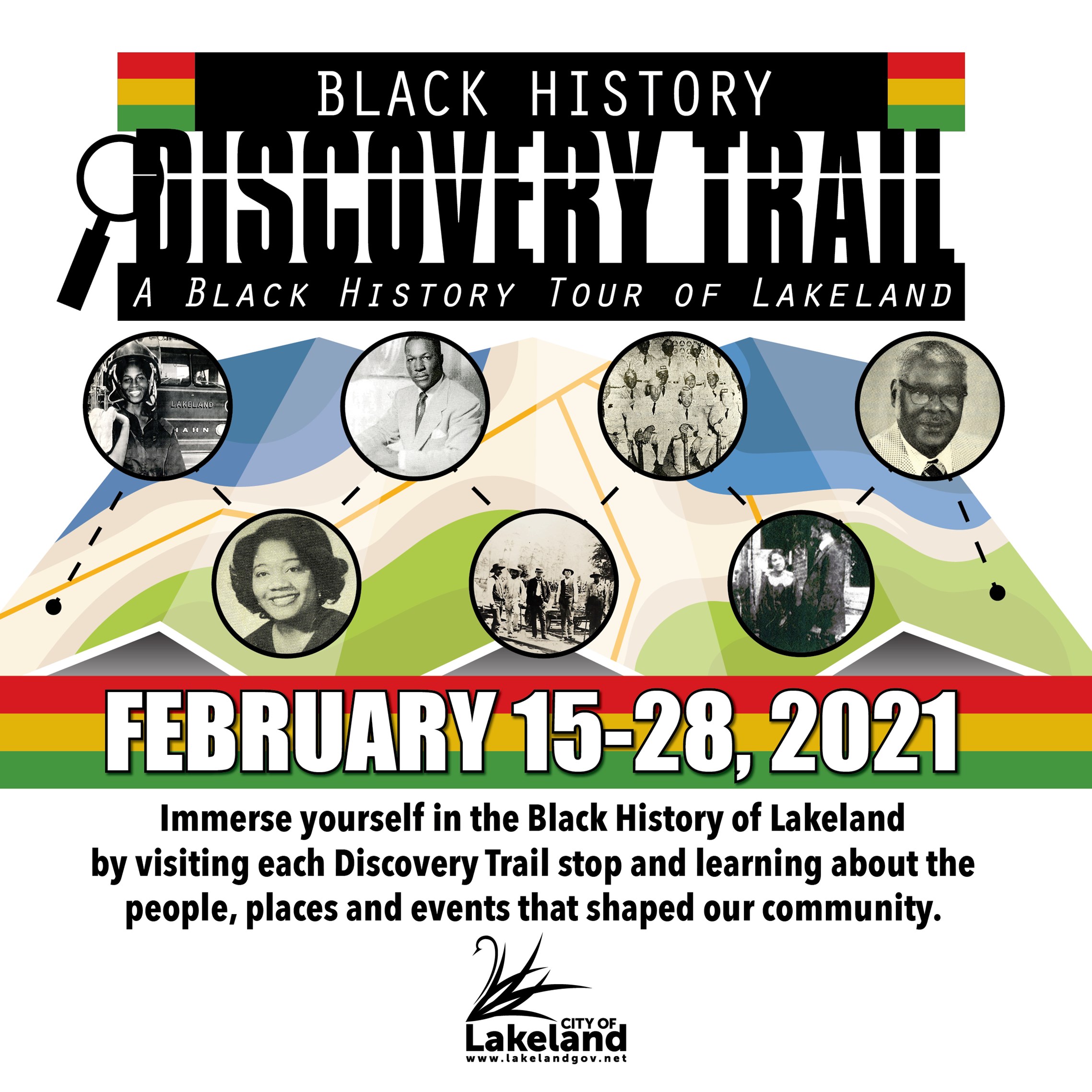 The City of Lakeland invites you to join in on an adventure! Immerse yourself in some of the Black History of Lakeland by visiting each Discovery Trail stop and learning about the people, places, and events that shaped our community!