LAKELAND, FL (November 30, 2021) | Snowfest returns to Lake Mirror on Saturday, December 4th from 5 - 9 p.m. at the Frances Langford Promenade. The City of Lakeland will be celebrating the 41st Anniversary of this holiday tradition.

The event will feature a stroll through the snow along with other holiday delights in the area of the amphitheater on the east side of Lake Mirror.  A suggested donation of one canned food item per person can be dropped off at one of 3 info tents located throughout the event. All collected non-perishable food items will be donated to Senior Orphans of Polk County and VISTE (Volunteers in Service to the Elderly).

Artificial snow will be falling as visitors enter the designated event area.  Along with the snow, there will be arts and craft vendors, a beautiful 30-foot-tall Christmas Tree, Santa and Mrs. Clause in a snow globe, Santa’s workshop with activites provide Home Depot (while supplies last), a book giveaway sponsored by the Junior League of Greater Lakeland, and vehicles on display from the presenting sponsor, Audi Lakeland. 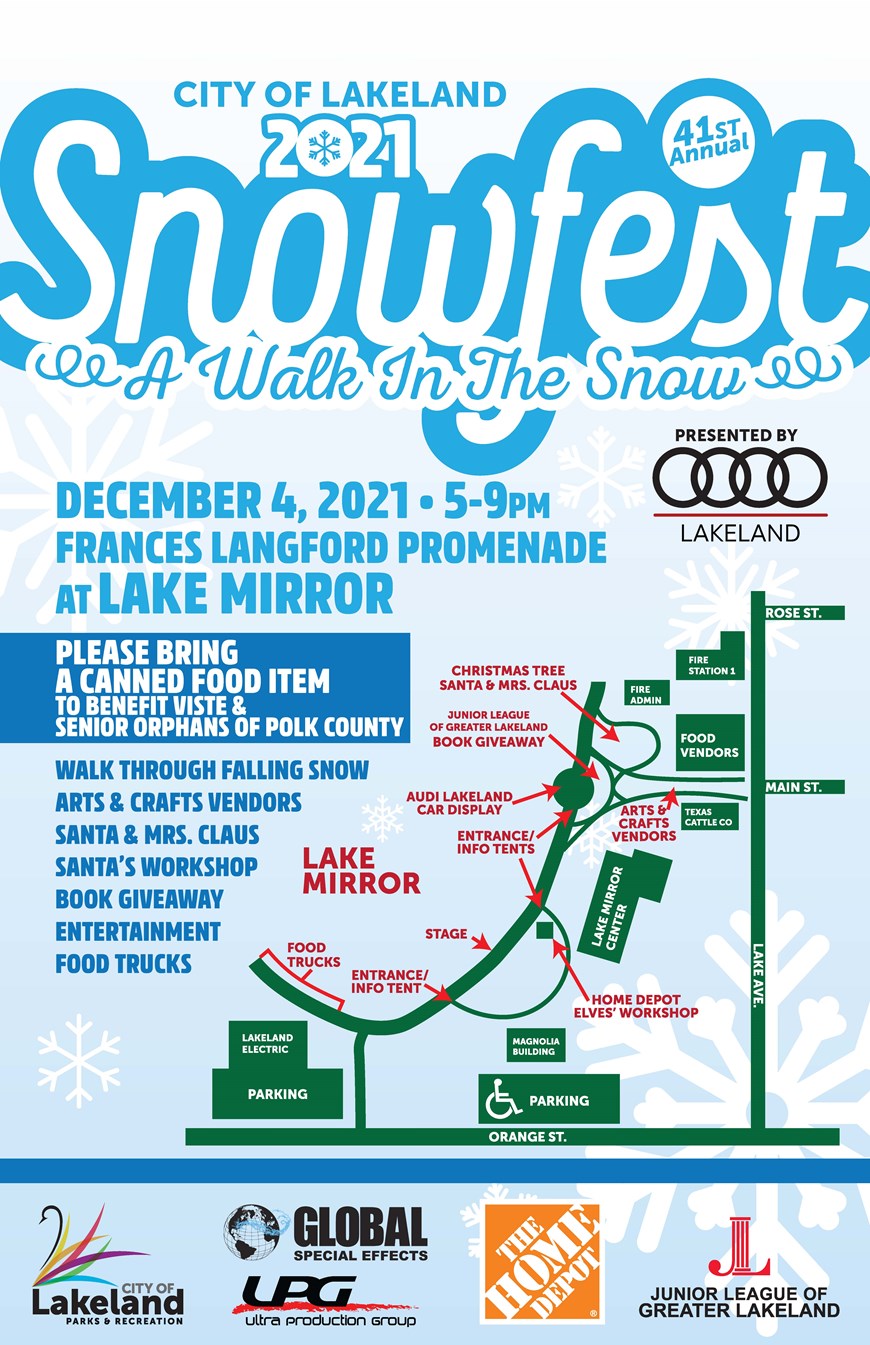