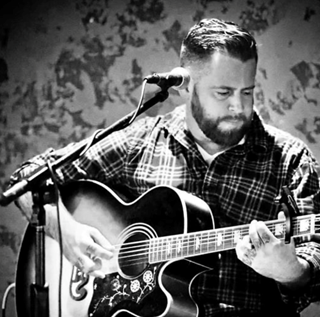 LAKELAND, FL Updated (September 17, 2021) | The City of Lakeland is hosting a new live music series called the Canned Tuna Concerts that will take place in Munn Park has been postponed until October 22 from 6 p.m. – 8 p.m. with local favorite Dan Signor.  The quarterly music series will happen in Munn Park and those attending are invited to bring a can of tuna or another non-perishable food item to benefit Volunteers in Service to the Elderly (VISTE).  The eclectic Canned Tuna series includes all genres of music representing folk, rock, funk, and even some southern twang.

The Dan Signor Project sets his musical bar very high, and he will bring his jazzy, funky, folk-like approach to Munn Park as the inaugural show for the Canned Tuna music series. He promises to deliver the perfect show to kick off the series with soulful vocals accompanied by his vibrant style of piano and guitar. Whether he and his menagerie of players showcase their collective works, or they perform a brilliantly arranged cover song, the Dan Signor Project always leaves the crowd wanting more. Signor said, “I’m excited to play in the center downtown Lakeland.  It is going to be a fun night and I’ll be the one of the first to bring a can of tuna to benefit VISTE as we kick-off the series.”

All Canned Tuna Concert shows will take place in Munn Park, located at 201 East Main Street in downtown Lakeland.  Shows will start at 6 p.m. and end at 8 p.m.   The shows are free to the public and family-friendly. Those attending are asked to bring a can of tuna or a non-perishable food item to benefit VISTE.  VISTE will have volunteers strategically located in the park to assist in collecting the canned tuna and other non-perishable items.