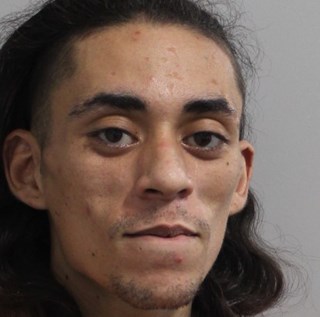 LAKELAND, FL (August 6, 2022) - On Saturday, July 2, 2022, at approximately 4:47 p.m., uniform patrol officers responded to the Big Oaks Apartments, located at 1586 Big Oaks Drive, in reference to a shooting. On scene, officers located a 24-year-old male victim inside an apartment with a gunshot wound. Officers immediately began securing the location and rendering aid until emergency medical responders from Lakeland Fire Department and Polk County Fire Rescue arrived. The victim was transported to Lakeland Regional Health, where he later succumbed to his injuries.
On Thursday, August 4, 2022, detectives charged Thomas Anthony Rivera, age 24, with Second Degree Murder. Rivera has been in jail since July 3, 2022, after being arrested for tampering with evidence and providing false information to law enforcement officers in this case.
Rivera had initially claimed that he had left the apartment he shared with the victim to walk his dog when he heard gunshots, returned to the apartment, and found the victim. He also claimed seeing two men running from the location with guns and fleeing the scene. Video surveillance at the property proved all of the allegations false. Evidence found at the scene indicated that Rivera was the only person in the apartment at the time of the shooting and was in close proximity to the victim when he was killed. It was also determined through additional witness interviews that Rivera had waited possibly 30 minutes or more to call 911 for the victim.
This remains an active and open investigation. No other details will be released at this time to protect the integrity of the investigation. Anyone with information related to the case is encouraged to contact Detective Troy Smith at 863.834.8958 or troy.smith@lakelandgov.net.
Booking information can be found at https://www.polksheriff.org/inmate-profile/2222993.
To remain anonymous, contact Heartland Crime Stoppers Florida.
The name of the victim is being withheld in accordance with Marsy's Law.
swanSTATS
takeACTION
recordREQUESTS
openGOV
watchLIVE | onDEMAND
eTRAKiT
getCONNECTED
maps | geoDATA