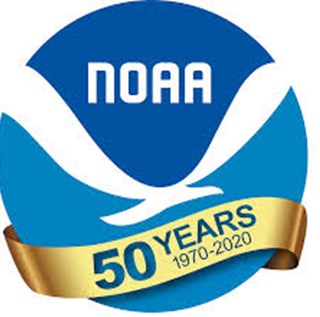 City of Lakeland, FL, will lease additional office and hangar space to NOAA

Under the lease terms, the City of Lakeland will expand the existing AOC facility this year from 99,000 to 156,043 square feet, including additional office and hangar space, to accommodate new aircraft NOAA is acquiring to support hurricane, coastal mapping, emergency response, and other missions.

“With an expanded facility in Lakeland, our highly-skilled NOAA Aircraft Operations Center team and the aircraft they operate, manage and maintain will be better able to support NOAA and the nation,” said Rear Adm. Michael J. Silah, director of the NOAA Commissioned Officer Corps and NOAA Office of Marine and Aviation Operations. “This agreement also solidifies our long-term commitment to Lakeland.”

Airport Director Gene Conrad stated, "We are extremely grateful to NOAA leadership for their continued belief in Lakeland Linder International Airport. Our community and airport are proud of the mission that the NOAA AOC team performs on a year-round basis, and we look forward to supporting them in that mission for the next 20 years."

NOAA’s aircraft fleet is maintained and operated by a team of approximately 110 civilians and NOAA Corps officers. NOAA aircraft play a vital role in collecting environmental data essential to protecting lives and property, conserving and managing coastal and marine resources, and understanding weather and climate.