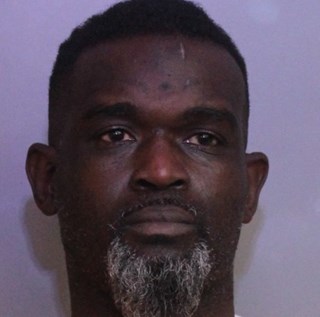 LAKELAND, FL (November 21, 2020) – Lakeland Police detectives have made a second arrest in the homicide investigation of David and Edith Henderson, killed on Tuesday, November 10, 2020. Jarvis Collins, age 37, was arrested on Friday, November 20, 2020, and charged with six felony counts related to being an accessory after the fact of a first-degree felony, tampering with physical evidence, and dealing in stolen property.
Investigators found that on two separate occasions during the afternoon of November 11, 2020, Collins pawned several jewelry items, taken from the Henderson residence, at local Pawn Shops in Lakeland. Collins admitted to detectives that he pawned the jewelry given to him by Marcelle Waldon, who is currently charged with the murders of David and Edith Henderson, even after he knew Waldon was a suspect in the homicide and that the items were stolen from the Henderson's residence. Evidence collected at both pawn shops also confirmed Collins's identity as the person who pawned the stolen items.
Collins was arrested and transported to the Polk County Jail without incident.
Charges:
https://www.polksheriff.org/inmate-profile/2038383
*The identities of the victims were included with permission from the family.
The press conference from November 12, 2020, with Chief Garcia and Assistant Chief Sam Taylor discussing the homicide case can be found at: https://www.facebook.com/LakelandPD/videos/1045965155826621
swanSTATS
takeACTION
recordREQUESTS
openGOV
watchLIVE | onDEMAND
eTRAKiT
getCONNECTED
maps | geoDATA