No chairs Until The Day Of The Event

LAKELAND, FL (November 15, 2021) | The Lakeland Christmas Parade is a time-honored tradition, enjoyed by the community for generations.  The parade takes place on Thursday, December 2nd.  The parade starts with a firework display over Lake Mirror at 7 p.m.  As the first firework is launched, the parade officially begins.  Leaving the RP Funding Center, the parade travels down Lemon Street toward downtown.  The parade then turns at Main Street to Cedar Street and winds around Lake Mirror, going up Orange Street and ending at the RP Funding Center.

This year’s parade has 88 participants, including floats, marching bands and decorated trailers.  The parade ends with everyone’s favorite, Mr. and Mrs.  Clause.  The theme for this year is Season of Joy with each float incorporating the theme into their design.  Recognized as one of Lakeland’s largest annual events, participants step off from the RP Funding Center to begin the 1.25-mile parade route that travels downtown and back.

The City will remove/relocate chairs that are totally blocking sidewalks, in the way of crosswalks and hindering the use of disabled parking spaces.  We understand the excitement of this yearly event, but we also want to keep in mind the safety of all our citizens.  Riley and Garcia say, “Please, no chairs on the parade route before Thursday, December 2nd.”  Chairs, tape, blankets and other materials used to save viewing spaces will be removed if placed in public right-of-way before the day of the parade.

This busy time of year begins with the Lakeland Christmas Parade on December 2nd, First Friday on December 3rd,Snowfest on December 4th, Santa’s Calling on December 7th, the Holly Jog Jingle Bell Jog and Selfies with Santa on December 11th and the Canned Tuna Concert in Munn Park on December 17th. 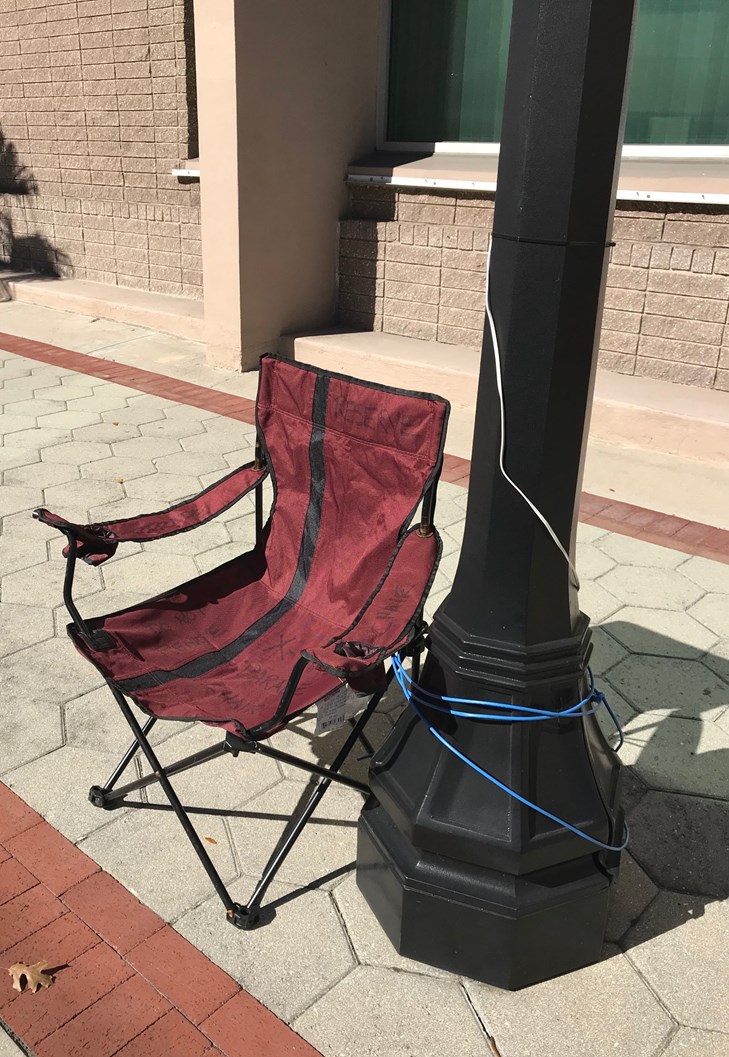 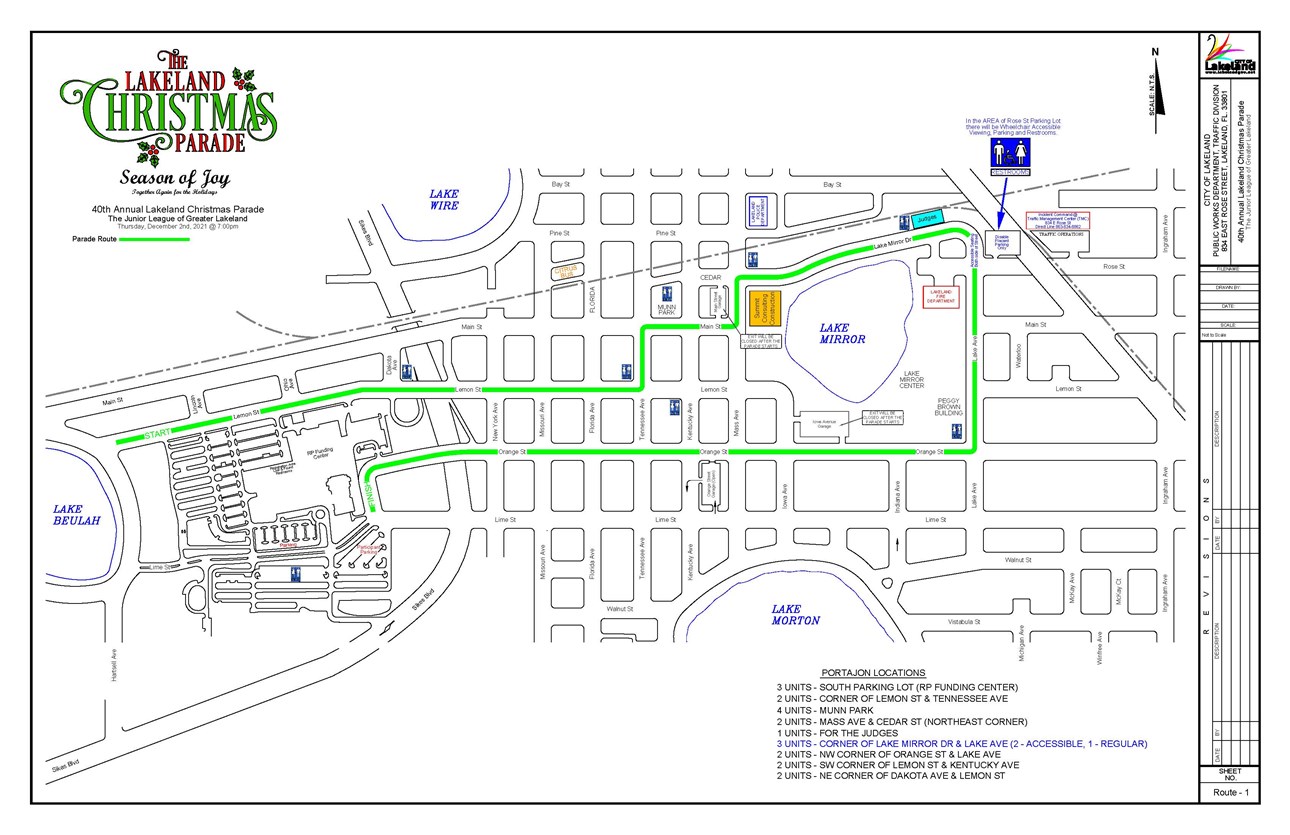