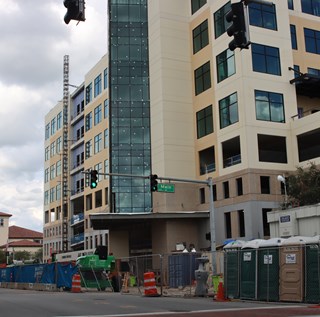 LAKELAND, FL (October 5, 2021) | Construction continues on Summit Consulting’s new eight-story, 135,000 square foot building, located at 117 N. Massachusetts Avenue, on Lake Mirror in downtown Lakeland. On Monday, October 11, general contractors will be closing Massachusetts Avenue between Main Street and Cedar Street, in order to make the final sewer connections to the new building, which will be completed in March of 2022 and occupied in April.