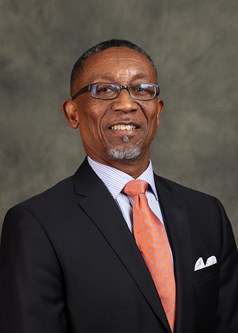 From the Florida League of Cities:

TALLAHASSEE, FL (September  3, 2021) | The Florida League of Cities, the united voice for Florida’s municipal governments, announced the election of its officers for the 2021-2022 term. City of Lakeland Commissioner Phillip Walker was elected President of the Florida League of Cities. He was elected by FLC membership and will serve a one-year term.

“Being League President is my dream job, and I’m humbled by this opportunity,” said Walker. “I’m confident about our future and I’m focused on the issues impacting Florida cities. I believe we’re in a tremendous position to be stronger and more impactful in the coming year and I look forward to building on the foundation that’s already been laid.”

Joining Walker are an impressive list of Florida leaders serving as officers with the Florida League of Cities for the 2021-22 term including:

Walker was first elected to the Lakeland City Commission in 2010 and, prior to that, also served as a police officer with the Lakeland Police Department. In his role as a member of the City Commission, Walker serves on multiple committees including Legislative, Utility, Lakeland Area Mass Transit District, and the Transportation Planning Organization. Walker also serves on the Board of Directors for the Florida Municipal Insurance Trust and the Ridge League of Cities and is the immediate Past President of the Florida Black Caucus of Local Elected Officials.

In addition to his service as a local elected leader, Walker is also active in the community. He currently serves on the advisory board for the Salvation Army, the board of directors for Chapters Health System and Christ Community Christian Center Church, as well as the board of trustees for McKeel Academy of Technology. Walker is also a founder and past board member of the Lakeland/Polk County chapter of the Alpha Phi Alpha Fraternity. In 2015, Walker was inducted into the Kathleen High School Hall of Fame.

Founded in 1922, the Florida League of Cities is the united voice for Florida’s municipal governments. Its goals are to promote local self-government and serve the needs of Florida’s cities, which are formed and governed by their citizens. The League believes in “Local Voices Making Local Choices,” which focuses on the impact citizens and city leaders have in improving Florida’s communities. For more information, visit flcities.com.