LAKELAND, FL (August 17, 2022) | The City of Lakeland has been gradually pursuing electrification of fleet vehicles, specifying hybrid or fully electrified vehicles where they fit the mission with a reasonable return on the investment.  Over the years, the City has purchased fully electric administrative vehicles, industrial equipment, and hybrid-electric police patrol vehicles. With the arrival of the first of the City’s Ford F-150 Lightnings, the fully electrified work truck era begins.

City of Lakeland Fleet Management was given the opportunity to purchase Ford Lightnings in April 2022 and subsequently ordered six trucks to replace aging pickups assigned to Lakeland Electric’s Field Services group. Two of the six Lightnings have been delivered and are being prepared for service.

Gary McLean, Manager of Fleet Services said, “City of Lakeland Fleet Management was advised by Ford representatives in early April that they were making Lightnings available to some local governments, but the ordering window was very small.  Understanding Lakeland Electric’s desire for Lightnings in the fleet as soon as possible, we were able to gain approval to purchase six trucks and placed the order the next day.  As the fleet industry continues evolving into new technologies, it is imperative fleet managers remain proactive and flexible.”

Field Services averages 100 miles per day one each vehicle while servicing neighborhoods and this type of usage results in a lot of petroleum consumption.  With an effective range of 200 miles or more daily, the Lightning is tailor-made for the Field Services. The vehicles use no petroleum fuel or engine oil, and greatly reduce maintenance overall. The potential cost avoidance per vehicle on fuel and maintenance is $4,100 annually with a life cost avoidance of $28,700. The City of Lakeland will continue to electrify its fleet incrementally as more electric vehicles make their way into the market. In the meantime, keep an eye out for Lightning in your neighborhoods! 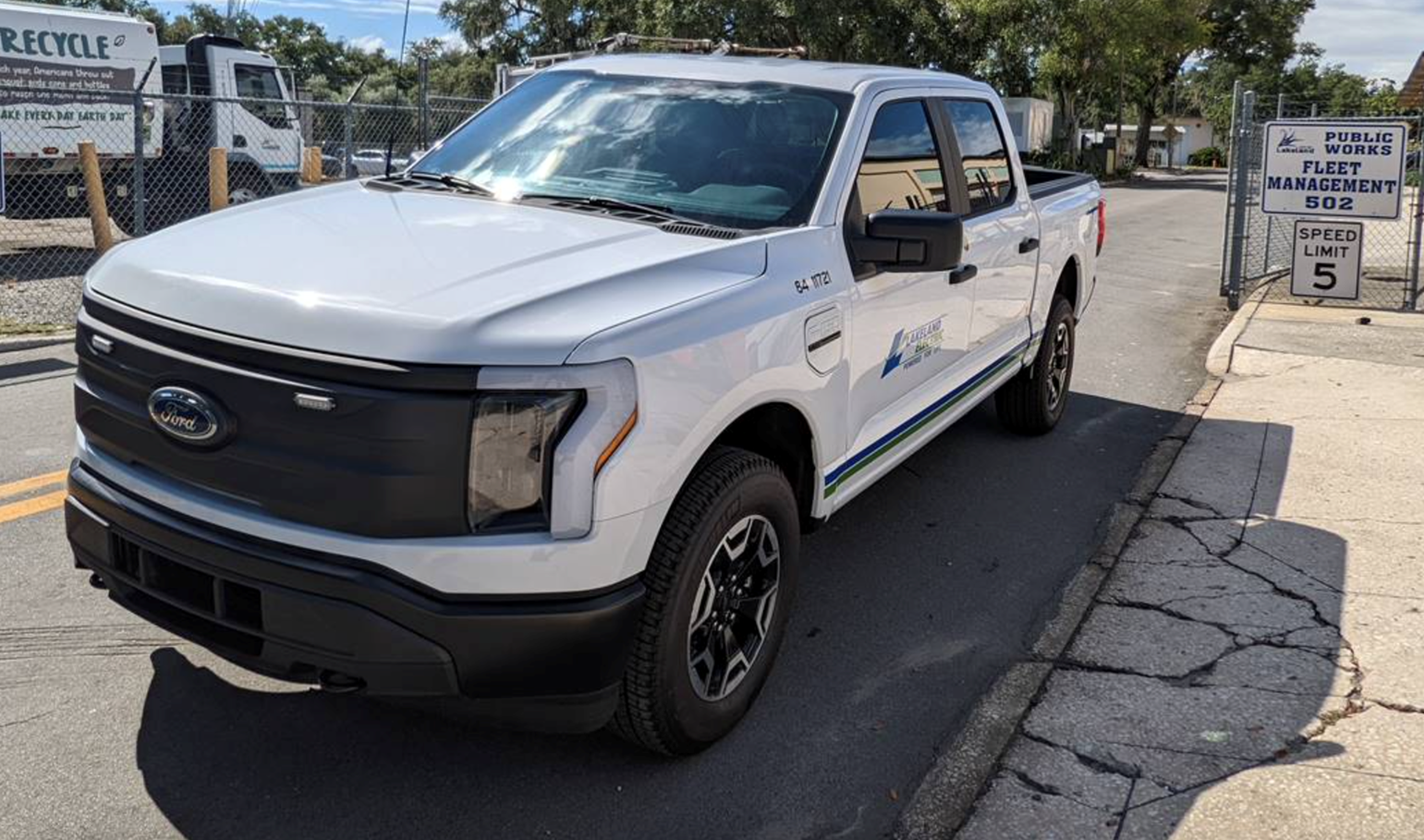