Battalions I and II

The Lakeland Fire Department has six Battalion Chiefs. The six are divided among the two battalions within the department. Two Battalion Chiefs serve during each shift, overseeing their respective battalions and serving as Incident Commanders on major incidents. 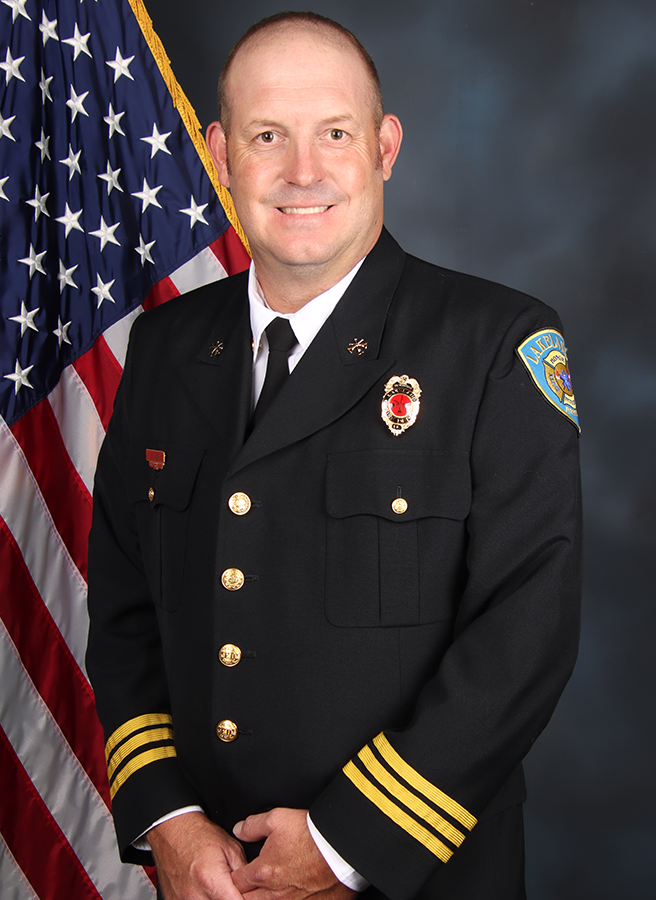 Jason Busby joined Lakeland Fire Department in 2004, where he served as a firefighter for eight years until his promotion to Lieutenant in 2012. Five years later, in 2017, Jason was then again promoted to assume his most recent role as Rescue Captain for the past four years.

Jason is a Lakeland native, born and raised. He graduated from George Jenkins High School and earned his fire standards at Ridge Technical College. Jason graduated from Polk State College with an Associate of Science in Emergency Medical Services (EMS) and his Paramedic and EMT certifications. He is affiliate faculty for the American Heart Association (AHA) and National Association of Emergency Medical Technicians (NAEMT), a Pre-Hospital Trauma Life Support (PHTLS) Instructor, and maintains a CPR and ACLS certification. 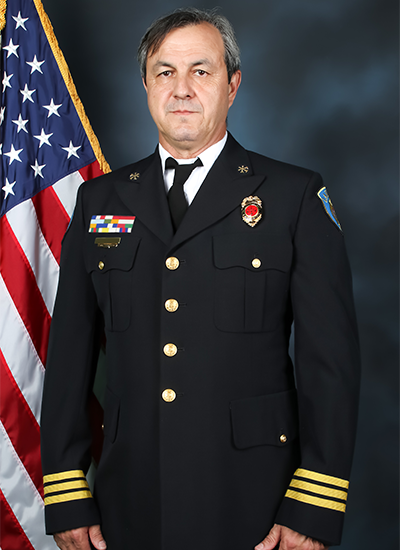 Dan Faviere has been with the Lakeland Fire Department (LFD) since November 29, 1993, when he joined the department as a Firefighter, at Fire Station 1 on A-Shift. Prior to becoming Battalion Chief, Dan served as a Driver Engineer and Lieutenant. Battalion Chief Faviere’s career in the fire service started in Cape Coral, Florida where he worked as a volunteer Firefighter.

Dan is native of Ontario, Canada, where he grew up, after transplanting at the age of four from Montevideo, Uruguay, where he was born. He attended Erindale High School in Ontario, and graduated soon after from George Brown College as a certified Welder and Fitter. Dan graduated with fire standards from North Fort Myers Fire Academy and also holds a certificate in Architectural Technology. He enjoyed a career as an Iron Worker for eight years, prior to transitioning to the fire service.

Dan has an associate's degree in Fire Science and is currently working towards a Bachelor of Science degree in Fire Administration and Fire Investigation. In addition to his degree, Dan holds certificates as a Fire Officer I, and II, Instructor I, and Fire Safety Inspector I. He is also certified in Urban Search and Rescue (USAR) at the Technician level and serves as an instructor for internal USAR training. Dan is also Aircraft Rescue and Firefighting certified.

Dan is a member of the Florida Fire Chiefs' Association. 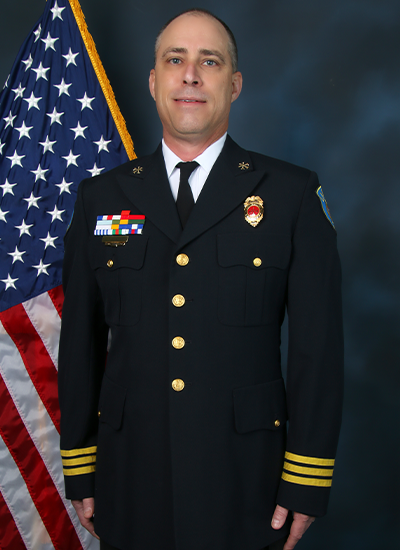 Steve Lindsey has been with the Lakeland Fire Department (LFD) since January of 1997 when he joined the department as a Firefighter. In his twenty years of service, Steve has served as a firefighter and a Driver Engineer. He was promoted in March of 2005 to Lieutenant from April 2006 until his promotion to Battalion Chief in August 2017.

Battalion Chief Lindsey is a Lakeland native. He attended and graduated from Lake Gibson High School. He dabbled in other professions outside of the fire service before completing fire standards in 1994 at Hillsborough Community College. In addition to his certifications in fire standards and as an EMT, Steve is a certified Paramedic. He has an Associate's Degree in Emergency Medical Services. He holds certificates as a Fire Officer I, II, and III, Instructor I, and Fire Safety Inspector I. Steve is also a part-time instructor at the Ridge Fire Academy.

Steve is currently working towards a Bachelor of Science degree. He is also a member of the Florida Fire Chiefs' Association. 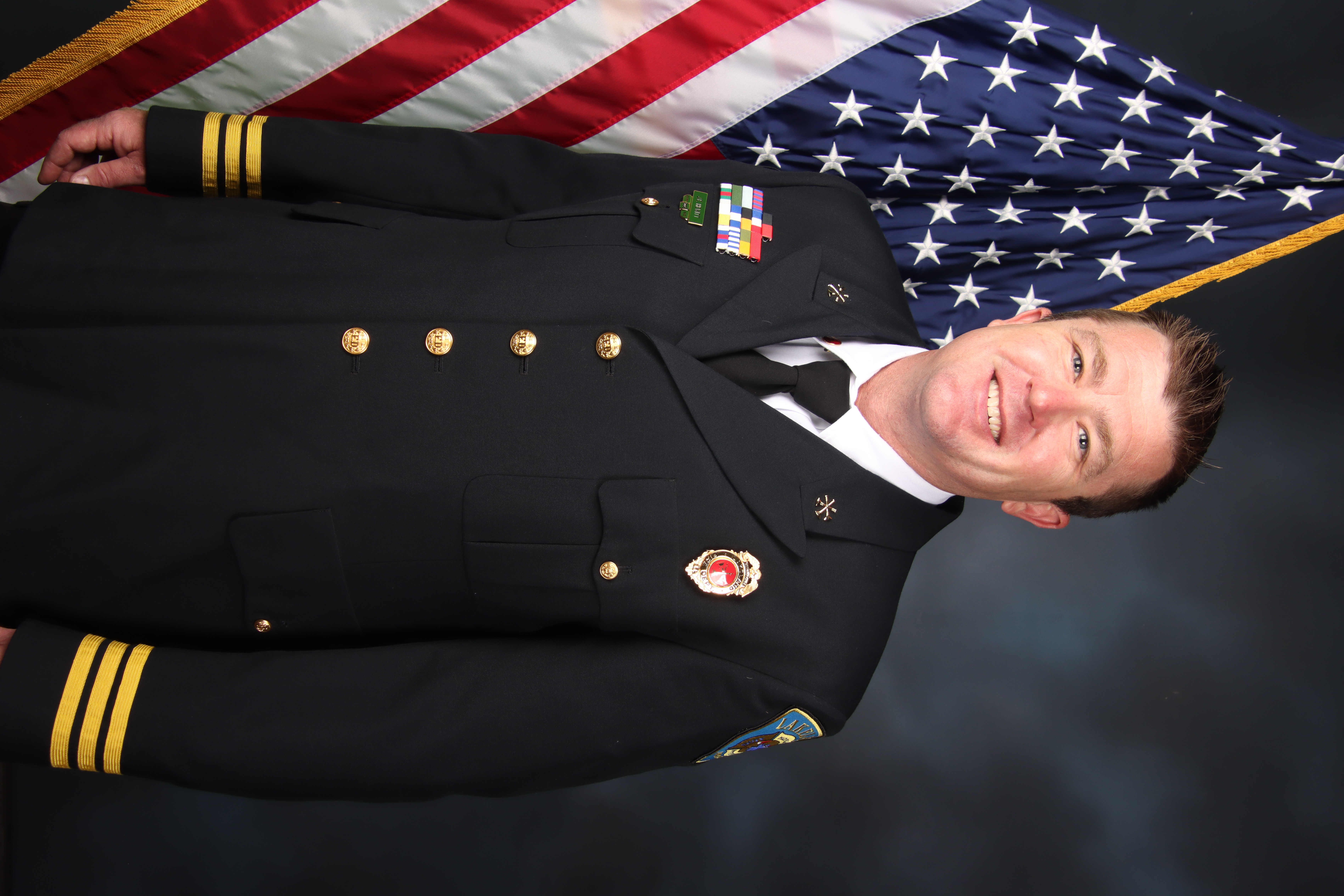 Jim Hewitt joined Lakeland Fire Department in 2002, where he served as a firefighter for nine years. He finished his paramedic training in 2006 and, five years later, in 2011, was promoted to the role of Lieutenant. Jim has served as Lieutenant for ten years before serving as Rescue Captain. After a brief time as Rescue Captain, Jim was then promoted to Battalion Chief.

Jim is a City of Lakeland native, graduated from Polk State College with an Associate of Science in Emergency Medical Services (EMS). He maintains several certifications to include Paramedic, Instructor, Inspector, and Fire Officer 1 & 2. Jim is part of Lakeland Fire Department's Aircraft Rescue & Firefighting (ARFF) division and the Urban Search and Rescue (USAR) division and has been a dedicated and reliable educator in these areas for many years. 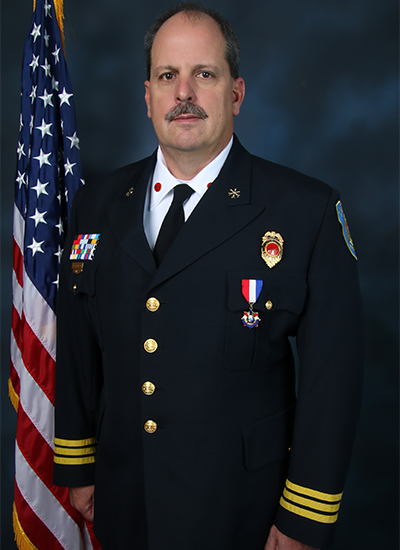 Jim Thompson has been with the Lakeland Fire Department (LFD) since January 1997, when he joined as Firefighter. During his extensive career with the department, he has served in several different capacities, including Lieutenant, prior to his promotion to Battalion Chief in May 2017.

Battalion Chief Thompson served in the United States Air Force prior to his service with LFD, and served in the USAF Reserves for most of his firefighting career, until his recent retirement from the reserves in December of 2016. He is passionate about his duty to serve and was highly involved as a USAF reservist, having retired after 28 years of military service as a Senior Master Sergeant, Deputy Fire Chief at MacDill Air Force Base.

Jim is involved with specialty teams at the department and participates as well as instructs with the Urban Search and Rescue Team and Aircraft Rescue and Firefighting Team, respectively. He is a certified instructor in both specialties.  He is certified as a Fire Officer I, II, and III and as Emergency Medical Technician. Jim holds an Associate’s degree in Fire Science from the Community College of the Air Force.

Jim is active in his community through the Tampa Shriners, where he has been a long been a member and has served as the Past Commander of the Legion of Honor. He is also a member of the Florida Fire Chiefs’ Association. 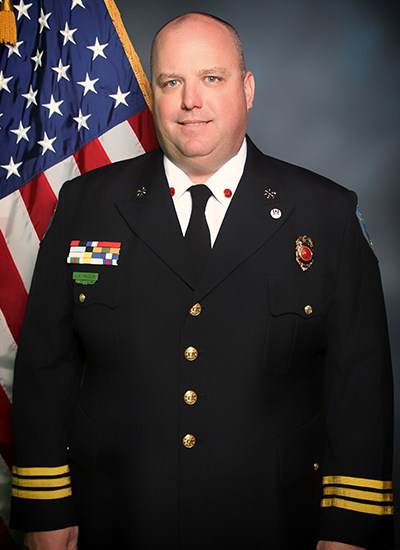 John holds many certifications including Fire Officer I, Fire Inspector I, Fire Instructor, Emergency Medical Technician, State Pump Operator, and Aircraft Rescue and Firefighting prior to his promotion to Battalion Chief.

John is a member of the Aircraft Rescue and Firefighting Working Group, the National Fire Protection Association (NFPA), and serves on the NFPA’s Technical Committee for ARFF. He is also a member of the Region 4/6 All Hazards Incident Management Team for the State of Florida.