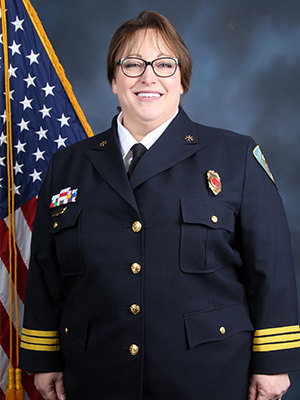 Cheryl Edwards has been a valued member of the Lakeland Fire Department since June 1994, when she joined the organization as its Public Education and Information Officer.  Cheryl promoted to Fire Safety Inspector in March of 2008 prior to her promotion to Fire Marshal in 2016.

Cheryl earned an Associate’s degree in Fire Science from Hillsborough Community College, graduating with honors.  She earned a Bachelor’s degree in Elementary and Special Education from Emporia State University in Emporia, Kansas graduating Magna Cum Laude.  She was named Kappa Delta Pi Outstanding Senior in Elementary Education and the Council for Exceptional Children’s Outstanding Senior in Special Education and applied these skills as an educator with Polk County Schools prior to joining the Lakeland Fire Department. Cheryl later earned a Master’s Degree in Safety Management from the University of South Florida.  She is a graduate of the Kenneth C. Thompson Institute of Public Safety Basic Law Enforcement Academy at Polk State College, earning the honor of Top Academic Recruit.  Cheryl has completed Public Education, Management, and Technical Fire Prevention Curriculum courses and Management Science Curriculum courses at the National Fire Academy.  She not only continually furthers her own education; she also dedicates time to teaching others.  She has taught and developed courses for Ridge Vocational Technical School, St. Petersburg College, Kaplan University, Florida State Fire College, and the National Fire Academy.

In addition to her achievements within traditional academia, Cheryl holds Fire Safety Inspector I and II, Investigator I, Fire Code Administrator, Instructor III, Fire and Life Safety Educator, and Firefighter II certifications from the Florida Division of State Fire Marshal, Bureau of Fire Standards and Training. Cheryl’s professional awards and achievements also include the Walt Disney World Community Service Award awarded in 1996, the 1998 City of Lakeland Woman of the Year award, and the 2004 Florida Fire and Life Safety Educator.

Cheryl has also been a longtime member of the Florida Fire Marshals and Inspectors Association, since 1994.   She was the driving force behind the formation of the Florida Association of Fire and Life Safety Educators, and then served on the newly-formed association’s Executive Board for four years.  Cheryl was a member of the Florida Fire Chiefs’ Association Public Information Officer Section, serving on the State Deployment Team as well as several Task Force groups.  Cheryl was active with the Suncoast Safe Kids Coalition – Polk County Bureau, Coalition on Injury Prevention, Emergency Safety Educators Association of Tampa Bay, and Children’s Burn Camp of Florida. 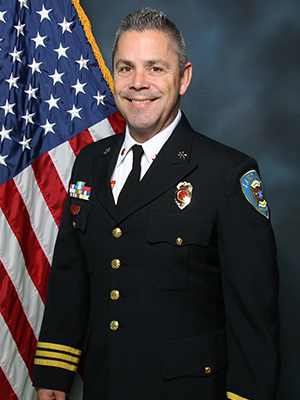 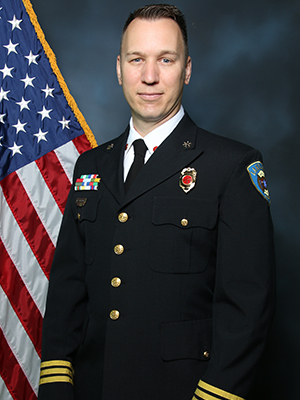 Shane Reynolds has served as Rescue Chief since January of 2013. Rescue Chief Reynolds began his career with the department in 1995 as a firefighter. He served a Lieutenant prior to his promotion to Rescue Chief. 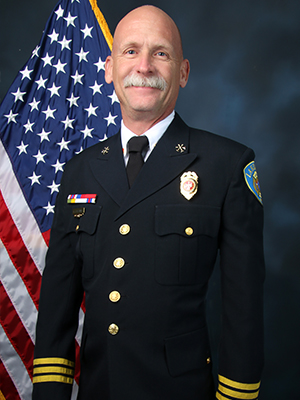 Matthew Jay Warner has been with the Lakeland Fire Department (LFD) since February 2002, when he joined the department as a Fire Equipment Mechanic. However, Matt has worked with the City of Lakeland even longer, having previously worked as a mechanic with Fleet Services prior to finding his way to LFD.