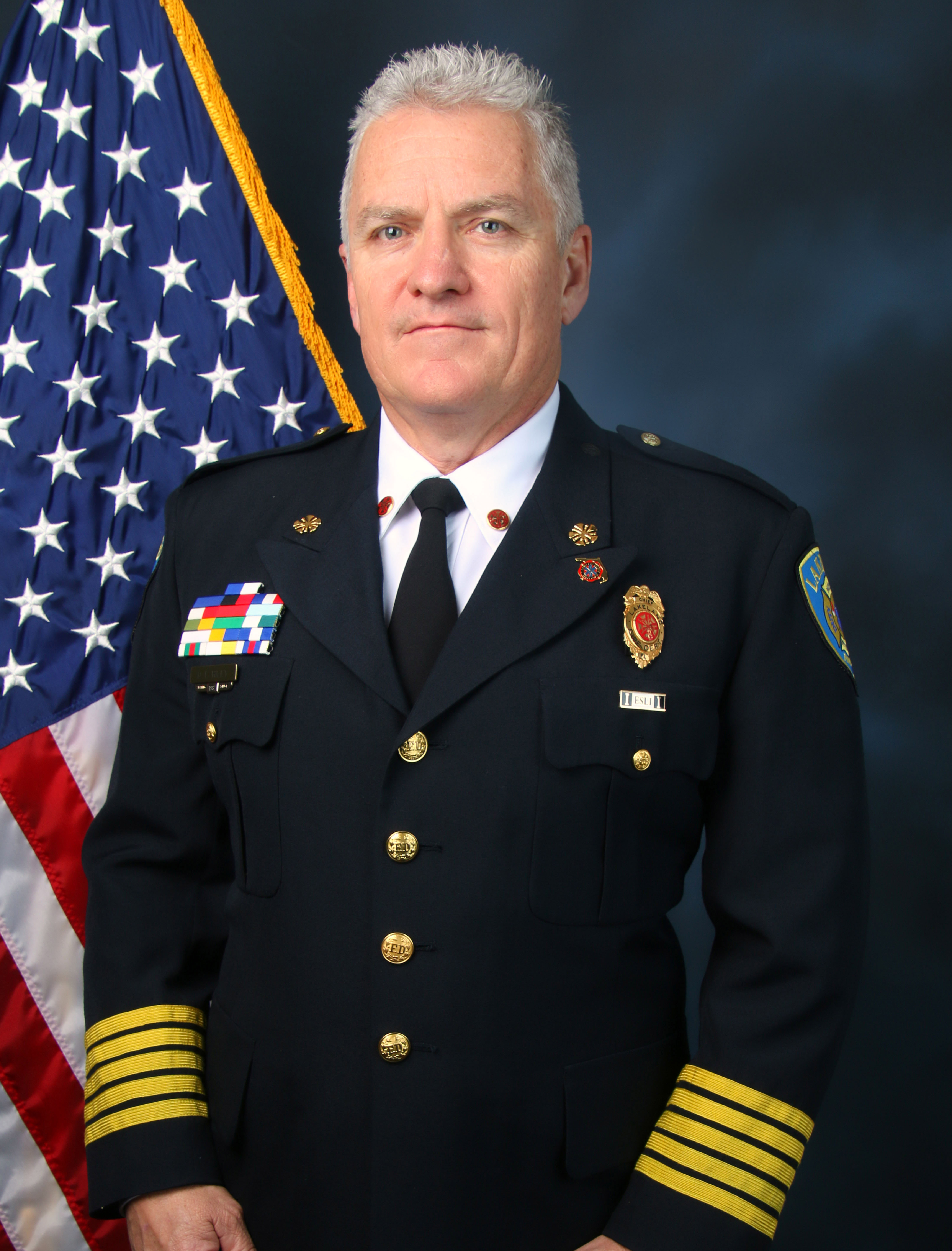 Douglas E. Riley was appointed Fire Chief of the Lakeland Fire Department in December 2017. As Fire Chief,  Douglas oversees the fire department and provides counsel to the City of Lakeland’s leadership team in matters of public safety and fire protection.

Chief Riley was hired as a firefighter with the City of Lakeland on March 9, 1987. Throughout his career he has held the following positions; Driver/Engineer (March 1992), Fire Lieutenant (January 1995), Battalion Chief (June 2004), and most recently Assistant Chief of Operations, which he has served as since January 2010, prior to his promotion to Fire Chief.

Douglas graduated from Lakeland Senior High School in 1984. He earned Associates's degrees from Polk Community College in both Fire Science and Nursing. He graduated from the University of South Florida with a Bachelor’s degree in Business in 2012. In addition to his degrees, Douglas holds certifications as a: Registered Nurse, Paramedic, Fire Officer I, Fire Instructor, and Fire Inspector.

He is a graduate of Florida State University’s prestigious Certified Public Manager program and the Florida Fire Chiefs’ Association’s Emergency Services Leadership Institute. He is certified as a Florida Public Employer Labor Relations professional. He is a graduate of the International Association of Fire Chiefs' (IAFC) 2018 Fire Service Executive Development Institute. Douglas is a member of the Florida Fire Chiefs’ Association (FFCA) as well as the International Association of Fire Chiefs. Douglas currently serves as the President for FFCA, having priorly served as the First Vice President, Regional Director and Secretary/Treasurer. He was named by the FFCA as the 2020 Florida Fire Chief of the Year. He is also a board member for the PACE Center for Girls.

Additionally, Douglas is very involved in his community; he has made community service and philanthropy in Lakeland a cornerstone of his administration. Douglas is a graduate of Leadership Lakeland and a proud Rotarian as a member of the Lakeland Rotary Club Chapter.